Car eyelashes on Ebay and Amazon

This has to be the largest market for the cheap lashes we have ever seen. There are so many individuals and companies selling the rubbish car eyelashes on ebay and amazon that it is really hard to know what is good and what is not. The majority of sellers are using stolen pictures (Yes stolen pictures from Carlashes and Eyelashes for cars etc.) to sell an inferior product that is total rubbish. So how can someone who has never seen the real eyelashes for cars know the difference?

Well, the main difference is in the actual shape – Real and genuine car eyelashes are injection molded and made from polypropylene (the same plastic your bumpers or  plastic trim on the car is made of). These lashes are already pre curved and molded to the shape. They are also quite expensive to produce, hence the more expensive price ranges of £14 – 30 per set. They are also more expensive to ship through the post office being a curved shape and heavier than the cheap copies that the majority of sellers are pushing on ebay and other auction type websites. 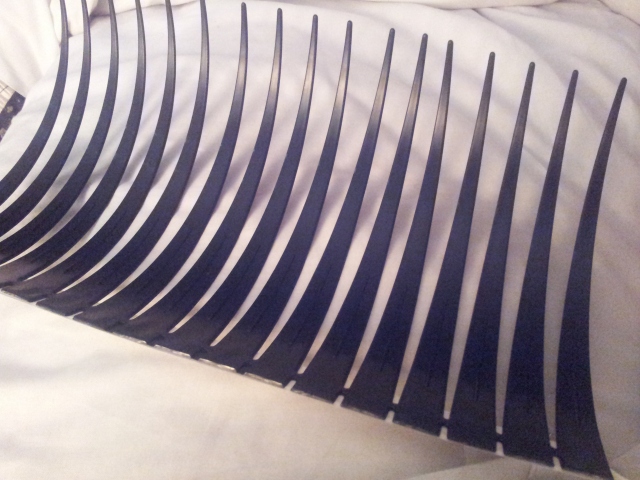 So what do you get when you get ripped off on ebay or amazon? Unfortunately, you may never know because unless you have seen the proper lashes (above), you could easily think that all car eyelashes are the same and come flat and made from really thin vinyl. This is not true and you will only really know the difference, when you  pull the cheap car lashes off your car in disgust after a week or so because they look so bad, all hanging down and even melted with the heat from your car engine or the sun if living in a nice warm country.

Also be very aware because the unscrupulous sellers of the cheap lashes do not use the real pictures of the crap they are selling, they use pictures they have found on the web and even sell from a few $ up to $19 …. ! Unbelievable but true, they get them from China for less than a dollar and sell them on ebay for up to $19. however, repeat business must be zero as people are so disgusted with the eyelashes that they never order them again. 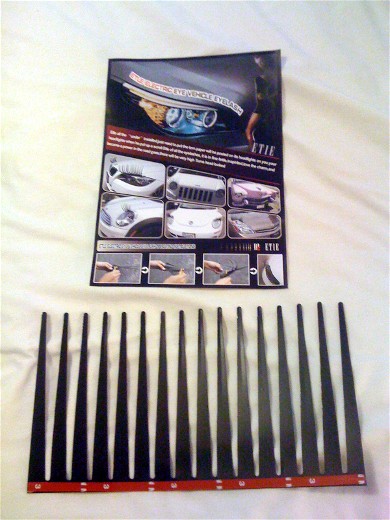 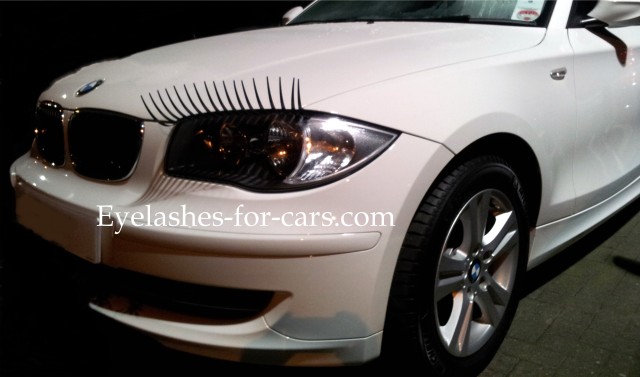 1 Response to Car eyelashes on Ebay and Amazon